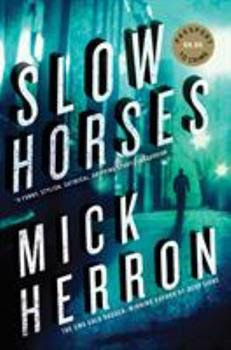 I haven't read any spy fiction in years, but at the urging of friends and relatives I decided to give Mick Herron's Slough House series of spy novels a try. Slough House is the name of a squalid London office block in which MI5 agents who've screwed-up royally are sent to perform menial security tasks under the supervision of Jackson Lamb, a one-time star of the service who insults and berates his staff in equal measure. Being sent to Slough House isn't a probationary move; the top brass at MI5 hope that the miscreants will simply quit rather than endure working lives of bureaucratic drudgery while being verbally abused by Lamb. Naturally enough, they end up falling into assorted adventures.

I was both delighted and mildly disappointed by the two I've read so far. The main annoyance for me is that neither novel features much spying, at least not the kind one associates with writers like Deighton and Le Carre. These are straight-up race against the clock thrillers, both, oddly enough, featuring kidnapping plots, and they have more in common with conspiracy thrillers than the world of furtive border crossings and sleeper agents.

While Horses and Tigers can't claim to be pure spy fiction, they are very entertaining. The pacing and prose is excellent, with the banter, always sharp and nasty, often funny, probably being the best feature of the series. Jackson Lamb is the star of the show. He's one part Falstaff, one part insult comic, and one part stroppy genius. He may be in command of a backwater, but his spycraft and acumen are still first-class. He's also rude, arrogant and has a dysfunctional relationship with personal hygiene. On the downside, Lamb also represents a cheat code for middle-aged white writers who want to say naughty, un-PC things without taking any heat. The trick is to create a white, middle-aged character who's larded with bad habits and gross appetites, so that when he tosses off a "witty" racial slur the author can say, well, what do you expect from someone as reprehensible as Lamb? The fact that Lamb is never outwitted, always gets the last laugh and the best lines, indicates that his visceral disreputableness is merely a way to sugarcoat his Jimmy Carr-isms. 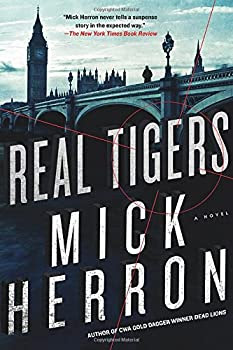 The other key member of the team is River Cartwright, a young, up and coming agent unjustly accused of fouling up a major training exercise and now marooned at Slough House for his sins. If Lamb provides the brains and wit, River takes care of the legwork and action elements. Other disgraced agents round out the team, all of whom are solidly crafted. Except for Roddy Ho. Every team in a modern spy thriller needs a computer whiz so here the job has to go to...an Asian. And because he's Asian and into computers he has to be nerdy, anti-social, and terrible with women. Ho is a parade of cliches that were getting stale 20 years ago. There are two recurring villains: Diana Taverner, the number two person at MI5 and a ruthless careerist with the bedside manner of a solicitous cobra. The other is Peter Judd, a transparent parody of pre-Downing St Boris Johnson. In both books Judd is angling for political gain through dirty tricks. They make a fine pair of baddies.

Herron's plotting is clear and finely structured, although there is an overreliance on Ho using his magical computer//hacker skills to solve problems. This is a common fault in so many thrillers; the hero or the team face an apparently insuperable barrier or mystery until the resident keyboard jockey taps a few keys, et voila! Problem solved. It's an example of lazy writing and it shows no signs of going away soon. One odd thing I noticed: the style, tone, and even the sense of humour on offer in the Slough House books is remarkably similar to Terry Pratchett's Discworld series. You could even see the crew of Slough House as real world doubles for the Watch of Ankh-Morpork.

So while both Lamb and Ho, particularly the latter, aren't entirely successful characters (the TV adaptation of Slow Horses has largely fixed this problem), the books are an excellent mix of wit and tension-building plots. And any novel that pillories Boris Johnson deserves bonus marks