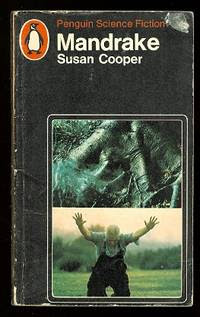 So let's get the plot out of the way first: Professor Queston, an anthropologist, has spent years away from his native Britain studying stone age tribes in Brazil; in particular, a tribe that has a deep, inexplicable, and religious attachment to a series of caves in a mountainside. On one of his rare trips back to England, Queston finds that his native land is under the sway of Mandrake, a minister in the government in the newly-formed Ministry of Planning. Queston has a brief and unexpected meeting with Mandrake, who seems strangely interested in Queston's research in Brazil. Flash forward a few years and Queston returns to England to find that Mandrake is now the de facto ruler of Britain and has launched the country on a bizarre and quasi-fascist policy of forcing the population to relocate to the places in England where they were originally born. England has become an impoverished dystopia with most of the population walled up in major towns and cities. Queston, who is rootless, finds himself on the run and roaming the "deadlands," the areas outside the control of the Ministry of Planning. In addition, the country is being plagued by mysterious earthquakes and tsunamis. The purpose behind these policies and disasters is rather muddled, but it seems that the Earth, (it's postulated by Queston) is actually a sentient being, and is striking back at humans for using the atom bomb. Mandrake believes that if people move to where they have the greatest psychological attachment, a sense of home and belonging, the Earth will be appeased. I think.

The whys and wherefores of what's happening in this novel are its weakest element. The finale doesn't clear things up, and, if anything, it just muddies the water. Is the Earth the bad guy? Does Mandrake have some strange psychic hold over England? It's all a bit sketchy. In this regard, and in other respects, Mandrake feels very much like a Dr Who or Quatermass story, and certainly Queston's name is almost a joking amalgam of those two characters names. Queston even gets a companion, Beth, who also becomes his love interest. Queston actually does very little in the novel except witness events, but he's a stalwart and agreeable character.

What the novel lacks in coherence, it makes up for in atmosphere. Combining elements of 1984 and tropes from John Wyndham's SF novels, and with an added hint of folk horror, Cooper creates a dread-soaked and demented England that's been brainwashed and bullied into believing happiness only comes from insularity and xenophobia. Here's a minor character's view of the changes:

"I never voted for this government, I'll tell you that, but they've done well. Could have pranged everything, but they've given us peace and quiet. Keep ourselves to ourselves, that's all we've ever wanted. All that Common Market nonsense--England's an island, isn't it?"

A political leader persuades people to take a self-evidently disastrous course of action, like, say, Brexit? Pure science fiction. This was Cooper's first novel, and while its internal logic is flawed, the world-building and atmosphere are excellent. Not a must-read, but a fascinating and well-written curiosity.